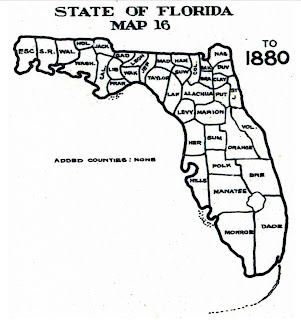 The settlement, that eventually became known as Mascotte, was known to have residents as early as 1875, though perhaps even earlier as there were known settlers already in the surrounding areas of Slone Ridge, Tuscanooga, and Brown's Ford.
These early settlers went by horseback and wagon to Leesburg in order to obtain supplies and food that they were unable to grow or make themselves. The trip to Leesburg being a two or three day trip, they were known to camp overnight at Bugg Spring, near today's Okahumpka. (Read more about Bugg Spring and Okahumpka.)

In 1885, the steamship SS Mascotte was built by Henry Plant. It was named for the operetta La Mascotte by French composer Achille Edmond Audran. The name comes from the French spelling of the word 'mascot' and means, an animal or thing supposed to bring good luck.
It is thought that J. W. Payne had a financial interest in the ship which made winter runs, among other trips, bringing tobacco from Cuba to Tampa.
The ship also had a role in bringing refugees to the U. S. during the Spanish-American War in 1898.
Many Cuban immigrants arrived in Tampa from Havanna aboard the SS Mascotte.
The S.S. Mascotte also made regular trips from Boston to St. Petersburg.

In 1885, J. W. Payne, who was originally from Baltimore and then St. Petersburg, moved to the area and named the already forming settlement Mascotte.
A picture of the SS Mascotte also became part of the official seals of the cities of Tampa and Mascotte. 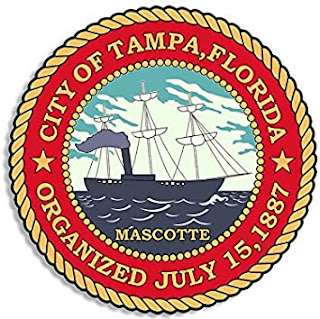 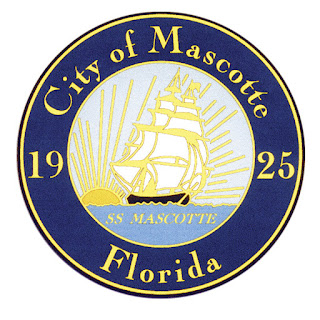 Unfortunately, the ship was not as lucky as its name would imply. It was mined and sunk off the coast of Southwold, England, in 1916, during WW I.

Prior to 1887 and the completion of the Orang Belt Railway, mail had been carried by horseback to and from Leesburg by Mr. William Woods.    On one such trip, Mr. Woods mailed a letter to Washington D.C. petitioning that a Post Office be established in Mascotte. 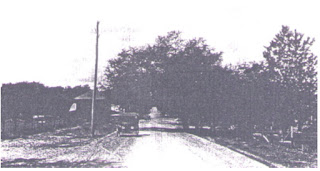 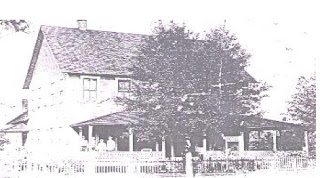 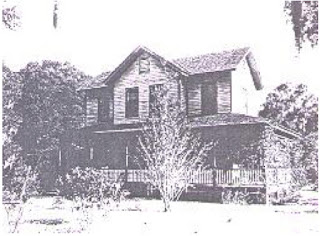 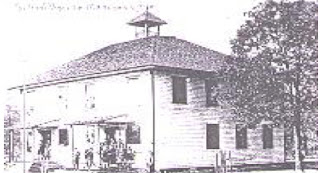 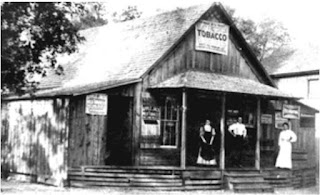 Around 1889, the Taylor Brothers and their workers arrived in Mascotte, with hopes of establishing a turpentine business. However, they did not receive a warm welcome from Mr. Ruff. Thus, they moved further down the tracks, toward the East, and started what would become known as Taylorville.

Other early settlers to Mascotte were:
A man known as Judge Albert
Mr. and Mrs. Tom Bradenbaker
Henry Cram, a blacksmith, who became postmaster in 1897
Martin Grimes from New York and his brother (first name unknown)
Frank Horton and his brother
The Langley family (first name unknown)
Ebenezer McDonald who took over the postmaster position March 1898
Mr. and Mrs. Rabb - arrived around 1898
Several other names were discovered, however, it could not be determined if they arrived in the 1800s or early 1900s and if they lived in Mascotte or one of the nearby areas.

The oldest bulding and church in Mascotte was built in 1904 and is the same building now occupied by the Mascotte Methodist Church (corner of West Myers Boulevard and North Bay Lake Ave). King David Jones was the original pastor of the church. The congregation was already meeting for Sunday School prior to the construction of the church building. Gabriel Watkins' name appears on a Sunday School roll dated to 1896.

Gabriel Watkins had a store, which housed the post office. While his store and post office were later torn down, his house still stands between Stuckey and Slone's Ridge. 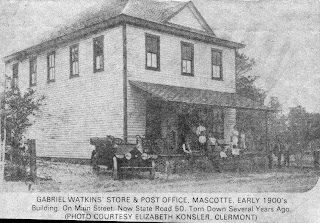 Dr. Herman Watson was born on a farm in Georgia and graduated from the University of Georgia School of Medicine in 1912. He continued with various postgraduate studies throughout the United States, including Johns Hopkins University, and, after serving in World War I, stayed on in France for a year to further his studies. In 1919, Dr. Herman Watson came to Mascotte to begin his first medical practice. 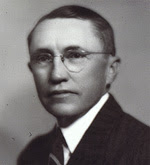 He was in practice with Dr. DeVane until he moved to Lakeland in 1920.
He would later become the founder of the Watson Clinic in Lakeland, Florida, which developed into one of the largest and most respected clinics in the Southeast.

The City of Mascotte was officially chartered by the State Legislature on November 23, 1925. Thus Mascotte became the only community in the area to join Groveland in becoming an official town.

In 1925, there were three prosperous fruit and vegetable packing houses in Mascotte.

Through the years, there has been a close connection between the towns of Mascotte and Groveland. Many of the early settling familes in the area would marry to form strong familial bonds between the two towns and their rural communities. Since Mascotte did not have a high school, the students of Mascotte would attend Groveland High School. Many of the residents would go to Groveland to do their shopping. Even Groveland's Puryear Building was named after former Mascotte mayor (1941-1945) and resident, Elmer L. Puryear, who later moved to Groveland and served there as mayor. For a time, Mascotte even rented the use of Groveland's jail.