As South Lake entered the 1900s, the communities began experiencing new growth.    Land developers started promoting the area to northern homesteaders, touting the ideal living conditions, agriculture, and health benefits.    Churches, schools, and newspapers were usually the first buildings that sprang up among the burgeoning communities.

Around 1911 John W. Beach moved to Taylorville from Rockford, Illinois. 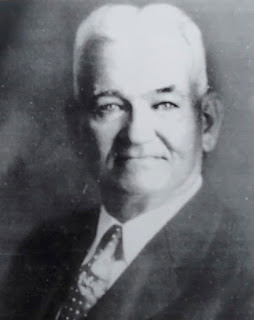 Built in 1911, The Beach House on the South Side of Lake Audrey (Named After His Daughter) Still Stands Today 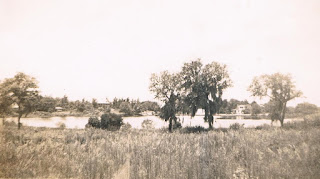 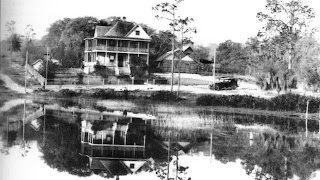 By 1912, the town of Taylorville began to drift south of the railroad tracks, as the downtown and hill area were developed.
Beach formed John W. Beach & Associates, with a number of Swedes from Rockford Illinois, and purchased 33,000 acres from E. E. Edge and formed the "Groveland Farms" development. This land was divided into small tracts and sold to Swedish northerners.
Prior to the completion of the Groveland Hotel, prospective buyers were housed in pullman cars, along side the railroad tracks. In its day, the Groveland Hotel provided elegant rooms and excellent cuisine. Land seeker excursions were provided for free. 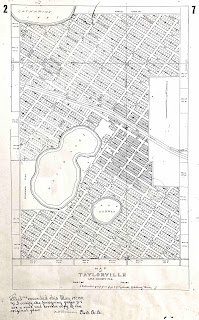 In his brochures, Beach began promoting the area as "Groveland Farms" in order to make it sound more attractive to potential land buyers and due to its many orange groves and produce-raising potential.
Mr. Beach purchased the remaining unoccupied pieces of Taylorville, and had the town platted.
Around 1912, the town began to be called Groveland instead of Taylorville, although not officially becoming Groveland until 1922.
J. W. Beach took a sales trip to Rockford, Illinois, where he visited the Swedish, Italian, and Polish neighborhoods, touting the opportunities available by coming to this Groveland. Due to Beach's efforts, many Italian and Germans arriveed here, with their descendants still here today.
One of the early arrivals, Charles Anderson, became involved in real estate and is also credited with enticing Swedes to come to Groveland. 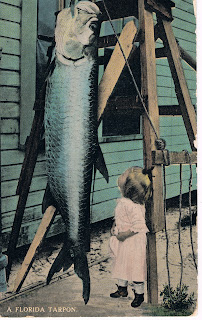 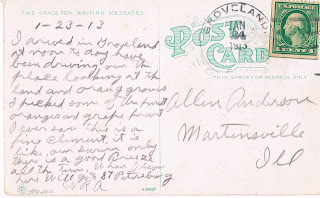 W. R. A. writes to Allen Anderson back in Illinois:
"I arrived in Groveland at noon today. Have been driving over the place looking at the land and orang groves. I picked some of the finest oranges and grapefruit I ever saw. This is a fine [...]. It is like our [...] only there is a good Breeze all the time. When I leave here, will go to St. Petersburg." 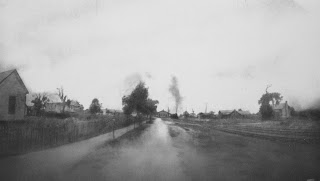 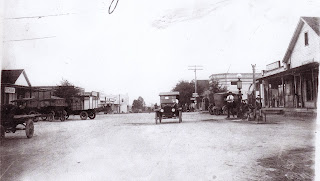 The first bank was opened.


1915 - Downtown Taylorville - Showing the First Bank Building on the Corner of HWY 50 and S Main Ave. 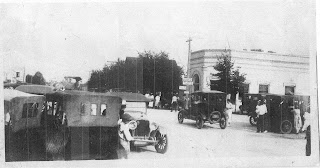 c. 1920 - Downtown Taylorville - The First Bank Building after the front was remodeled. 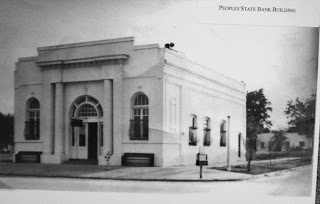 Dr Samuel Register was the first physician and the owner of the town's first automobile. Most of the residents still road horses and buggies.

Also, the forerunner of Florida Telephone was commissioned for installation.

In the 1920s, Groveland even had two Swedish newspapers.

Charles Anderson, mentioned above, would become the founder of the Free Baptist Church, still on Main Avenue today, now known as the Groveland Baptist Church.
A look back at history reveals that long ago there had been a division in Sweden and many Swedes had pulled out of the predominately Lutheran Church and had become Ana Baptists, thus explaining why a Swedish citizen of our community would begin a Baptist Church instead of a Lutheran.

John Beach decided that the fertile land in Groveland would be an ideal location to grow the flowers and plants needed in order to make perfumes.

The factory and gardens were located on the south side of Lake David.
The venture did not last long and was soon dismantled.
The only remnant is a fountain, that was located in the gardens, which is still there today on private property. 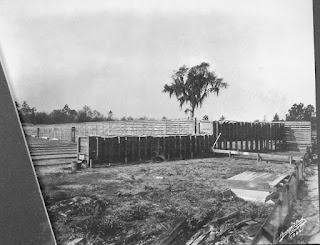 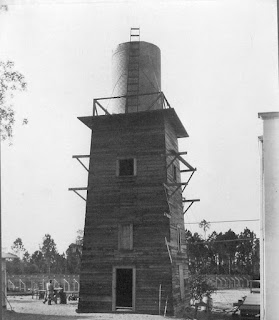 Axel Carlson and wife Selma would sell their grocery store in 1911, in Rockford, with plans for coming here. Unfortunately, Axel died before leaving Illinois.
Selma, with her four sons, Robert Emmanuel, Wilmore, Evans and Floyd, made the decision to journey on to this area.
Selma Carlson's family were devout Lutherans. With no Lutheran church yet in the community, Selma's son, Robert Emmanuel, begin attending the Groveland Methodist Church and would eventually become a Methodist pastor. While pastoring a church in the Florida Keys, he and his wife were killed in the hurricane of 1935.
His mother received his insurance money. She used this money to buy land and develop Camp Emmanuel, named in honor of her son, located today on Bible Camp Road (a few blocks north of downton off HWY 19). By that time the Swedish Society had already established one building in that area.
At Zion Lutheran Church, their services were conducted in Swedish up until about 1940.