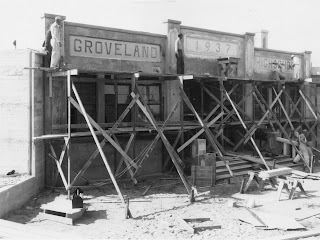 Built in 1937, Groveland High School was a major source of pride to the community.
The building of the school provided sorely needed jobs during the Great Depression.
The school had winning athletic programs and legendary teachers.

A sad time for many in Groveland, the last class to graduate was in 1993, when the high school merged with Clermont to form South Lake High School.
After remodeling the GHS building, it became Cecil Gray Middle School, until around 2009, when the building was demolished and the new middle school was built in its place. 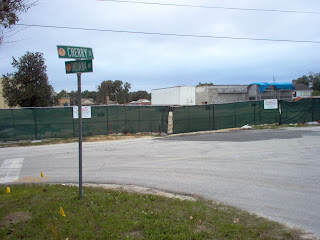 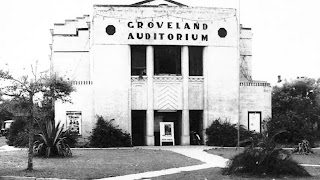 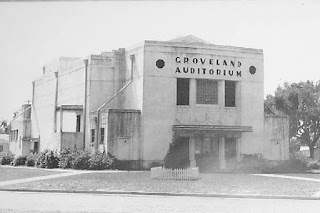 The Groveland Auditorium was also built in 1937 as part of the Federal WPA program. In the 1950's-1960's, a private company leased this building to use as a movie theater.
Sometime around 1970, Elmer Puryear had the building demolished. It is said that the only reason is was torn down was so that he could have his name on a building.
The structure was so well built, being made of poured concrete, that when they hit it with a wrecking ball, it simply bounced off. They had to bring in the largest wrecking ball they could find, before finally begininning the long process of its destruction.
The existing Puryear Building, Groveland Historical Museum, and Veteran's Park are now located on this site.

The Community Building at Lake David Park was also built as part of the Federal WPA initiative, on land donated by John Beach.
In the 1960's the building was home to the Teen way Club dances on Saturday nights and later became the Women's Club into the 1990s.


Next Article: 1938 - Edmond "Darrel" Cashwell and the Manhattan Project