Around 1869, Allen and Adeline Carter arrived at what would be called Carter's Island. Allen was a farmer and cattleman.

Allen and Adeline Carter's son, Thomas, and daughter, Julia, would go on to marry James Lee's (from Monte Vista) daughter, Amanda, and son, John Henry.
Both couples were married on the same day at Carter's Island on February 9, 1881 or 1882.

Other early arrivals, that came around 1871, were the Tomlinson Family and family of Jesse Lee, brother of James Lee mentioned above. 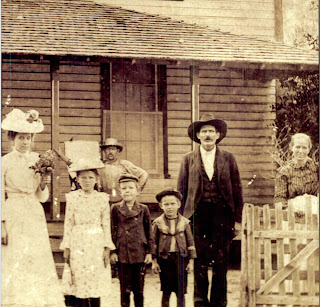 Carter's Island had its own schoolhouse.
Early writings tell of the cattle that roamed through the area and how the children on their way to school would have to climb trees to escape the occasional ill tempered cow.

The school closed in 1922 and the students were transferred to Mascotte School.